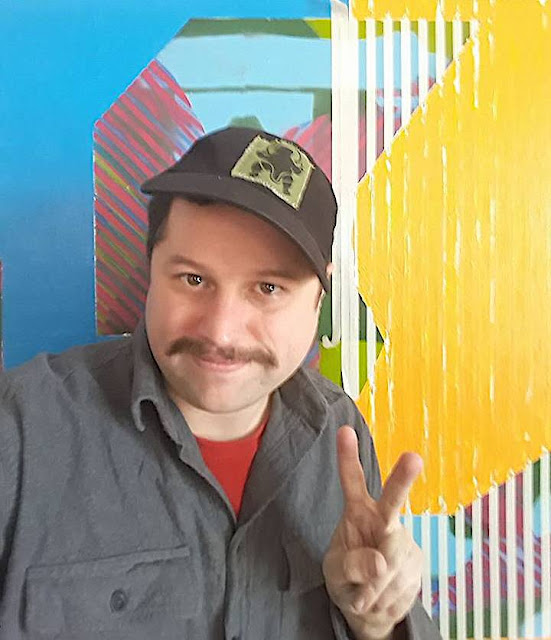 DAVID STANLEY APONTE, painter, printmaker, poet, DJ and creator of various mad personae and semi-bogus digital communities, draws his main inspiration from the avant-garde of the twentieth century. Pataphysics. Dada. Fluxus. Situationism. Punk Rock and Hip-hop. Yet his praxis is situated firmly in this twenty-first century moment: where curation is almost as vital as creation, where the merging of life and art, that dream of those bygone postmoderns, is coming true in many ways both good and bad. Though Aponte rejects the notions of “the end of history” and the virtual impossibilty of social progress; much of his work pays homage to his Marxist and anarchist revolutionary heroes.


Aponte has been a part of underground music scenes in Chicago, Dallas and Berlin, as well as here in Philadelphia, where he hopes to establish a genuine countercultural community of artists, revellers and radicals. He has helped create a postal art network, wherein writers and visual artists around the world share their work and collaborate, utilizing old school snail mail. He has plans to found a religion. The work itself, Aponte says, is secondary. “it’s more about creating a space for connection and conversation.”