Maurice Blanchot’s “Literature and the Right to Death” 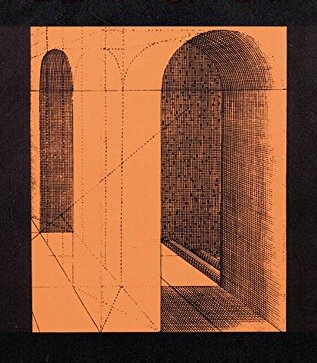 Maurice Blanchot writes about that relationship between the writer and the writing and the reader in “Literature and the Right to Death”. The expression of the artist is similar. Blanchot questions why the writer (and the artist) has any right to put any letter on a page (or a brushstroke to the canvas). The writer never leaves the starting point because he repeats a set of self-initiations that explores the world around them. The artist moves forward in his creation, having an easy time traveling, because he has traveled nowhere. He searches for a sense of truth and since there is none, he progresses nowhere. The artist continues in the delusion that he will reach a finish line, but in reality goes nowhere. He echoes the initial meaning in his work but realizes that the goal is unreachable. “Why can’t you see that your ink isn’t making any marks?... that the reason you haven’t encountered any obstacles is that you  never left your starting place.”

Blanchot talks about how literature is in a conundrum of extolling and condemning itself. The most meaningful moments are accidental but the creation is with purpose. In some ways it is like going into a bookstore and instead of finding the book, the book finds you. Instead of forcing the art, the act of self-discovery reveals the work of art. Literature being built on its own ruin is a paradox within a paradox within a paradox. It is like an ancient city built on the ruins of the previous civilization. This shows, as Hegel asserts, that there really are no new ideas but a combination of ideas that are already there. We take the books and movies and art that find us and build on those experiences. So there is no original idea, just a rearranging of known ideas.

What is the point of asking the question, “What is art?” I have heard people actually ask this question. Inevitably an argument will be made based on the perspective and experience of the person answering the question. Either this person will agree or disagree with the next person, but no actual answer to the question can be discovered. So why bother asking the question?  Especially at this moment in time, almost anything could be called art or poetry for that matter.

This is like reading seventy-five pages of material and finding out that the conclusion reached by the author was what you already knew in the first place. While this can frustrate the reader, it affirms the fact that the reader is not isolated in his understanding and existence. Someone has shared his observation. Although the time spent on seventy-five pages of obtuse writing could cause him to end his journey prematurely. Of course, suicide does not free a person from the journey but simply shows how imprisoned the person is. (Blanchot writes about this elsewhere.) Everyone has to go through all the pages of life. Each may come to the point of death and reach the same conclusions they had when they began, but they still need to complete the journey.

Art can become religion and religion art. This is reflected through artistic sects. Some followers become so ritualistic and dogmatic about their art that they are no longer making art. They no longer allow art to discover them, but are forcing art. These artists become so focused on a technique that they force all their work into a format and a dogma. When I look at a Anselm Kiefer painted thirty years ago, it makes me like painting. Other paintings make me hate the entire art world. I want to burn them and see their ashes, because at least their ashes have a spirit to them, whereas the work did not (ironic since Kiefer’s works look as if they are painted from ashes).

Suddenly the creator notices that other people are seeing the creation and transform the work into something other than the original. The reader reads the sentence of the writer and gets their own point of view. Two people can look to the stars and see the universe. They can identify Orion’s Belt in the constellations but they can never see that sight from exactly the same perspective. Another position obfuscates the original truth of the work. The creation no longer belongs to the creator, and work only exists in relationship with a public. If “a writer cannot withdraw into himself because he would then give up writing” contradicts the modernist notion that the artist needs to isolate himself like a hermit and create. The artist cannot exist without the viewer.

Hegel’s notion, “The Thing Itself” asserts that art overrides the work, no matter how many meanings are assigned to it. The work is not important, but what is significant is the truth of the work. This reminds me of John Carpenter’s remake of the movie The Thing about a creature that consumes and emulates everything around it. It sees a sled dog and disguises itself as a sled dog. It sees humans and engulfs them and becomes a human. But at some point, it reaches a point of chaos where this amorphic “New Thing” reflects all the things it consumed on every planet. The Thing is never its own original true self and we never see what the true self was. And who would recognize its true self if it appeared? I am now interpreting Hegel and using The Thing (actually an interpretation of the original) to interpret Hegel’s “The Thing Itself”. Hegel’s writing is no longer what he wrote, but what I made it. The freedom that we have is having our own interpretation of what we read (or engulf). In some ways The Thing reflects Blanchot’s writer. It must adapt and change with every new appearance. It must contain opposing viewpoints and perspectives. Blanchot calls the writer the master of everything except limits. The Thing contains multiple meanings and identities. It has consumed and been changed by everything around it.

The important part of reading the writing or viewing the work of art is that the public sees something in the work that resonates with them. People relate to the writings of Kafka because they can relate his writing to their own experience. There is a comradery in the experience. The reader is no longer isolated. No one would choose to live the experiences in a Kafka novel, but there is comfort in knowing that the pain in shared. Certain artwork evokes a certain feeling. We do not relate to art because we want to feel a certain way, we related to it because we already feel that way. Of course, we interpret the creation and mold it the way we experience it.

Posted by David Stanley Aponte at 9:36 AM