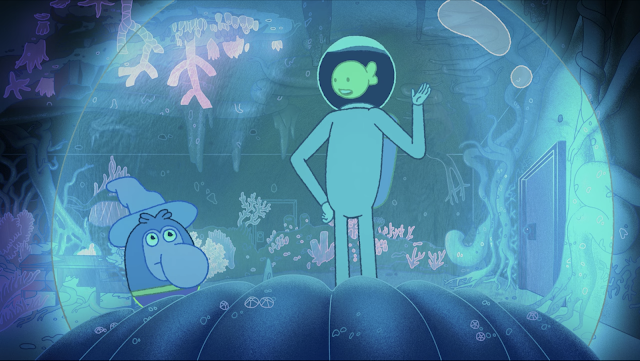 
So this last night I had a real weird dream again in an alternate reality world. Like most of my dreams it is at the tip of total apocalypse but this one was total punk as fuck. At first I was at a ranch house partying with punks. Then many people were gathering at a large park at night. It was a big pagan meeting of many tribes from all over the city. I was late going because I was hung over in the dream and I had to stop on the strip to get a few bottles from this Palestinian deli that sold beer on a strip of places before the el. I walked further and got to the park, which was a greater park then even Central Park, but it was only a city block wide and long along a creek (and it didn’t suck like claustrophobic NYC cause this city had a more open feeling like Austin Texas in the 1990’s or Berlin Germany where you could see the sky).
I entered the park and there were many different tribes partying so I had to weave around the groups of tribal folk. After 15 or 20 minutes or so I found my punk tribe dancing around an oak tree in the park. I started to dance with them and connected with a beautiful woman who was from London… we really connected and embraced each other (perhaps we even kissed) This created drama because another fellow liked her (who I didn’t know so much but he was part of our tribe so I respected him in full and as a human respected his feelings even more). I went to seek this fellow out with his friends from the tribe. He somehow escaped but his good friends knew where he was. They sympathized with me because we all knew that my punk lady friend and this other guy had true love. I had to carry the message of this, and so the fellow’s crew and I hunted for him through a winding mall like from the 80’s that zig-zagged through the underground filled with security on segways speeding around and questioning us with their Italian fascist-like hats. We escaped some of these mall cops questioning us as we went by, and we came to the end of the old ancient underground mall that emptied to a great river and a large waterfall with a bridge going to the other side. At the higher bank outside of the mall was a spot where the punks hung out and I found the fellow that liked the lady I was talking to earlier. I explained how she said that she liked him and that I didn’t want to be in the way of love. I apologized to him and explained how I was a single polygamous fellow and wished the best for both of us.
And then I started to fly away over these waterfalls greater than Niagara Falls. The whole time I feared that I might fall, but I floated to a bit of a higher platform where the same punk tribe was hanging out (on the same side of the river). I started to hang with two beautiful Italian punks who both were into me and we were flirting. As soon as our flirting climaxed I suddenly woke up at 7 am in Philadelphia covered in sweat on a couch alone under social distancing because of COVID-19.
The weird things about this dream for me are:
1. Apparently I can fly, if only I focus enough
2. My other superpower is speaking in a Scottish accent

Last night I had more intense dreams and it seems like I have had many intense dreams almost every night since the stay at home order started. This time I was working in my studio and a bunch of friends convinced me to go for a ride with them. They brought me to another place where some of my best friends from Texas Aaron and Stefan Gonzalez were having a punk show (Aaron and Stefan are the two members of crust punk band Akkolyte which they founded together in the 90’s & I released their first records on CBM over 20 years ago now). It was a lively show in a garage, warehouse like space filled with a handful of punks dispersed over the great area of the space. My friend Stefan gave me a box full of mix tapes, old comps and some full albums on tape which were really cool but needed some cleaning and care (I think one album was a Killing Joke album). For some reason I sat up on top of a ten foot tall pillar of junk that was not stable during the show with punks slam dancing near and around the pillar. I had to ask my friend Aaron to hold the pillar as I climbed down so I would not fall. Then as I climbed down a digital alarm sounded and I awoke in the morning on my couch in Philadelphia covered with sweat knowing it was just another dream. As I slowly awoken to take morning pills and make morning tea, songs played in my head that Aaron would play such as St. Afonzo’s pancake breakfast by Frank Zappa.

I did not expect the world to get this crazy so fast. I knew it was going to go downhill with the joke POTUS as soon as he went in, I knew people were going to die for different reasons due to these narcissist morons in power but I guess this COVID-19 was a bit more of a curveball in our lives on a whole next level. In a way this virus was inevitable based on how humanity abuses life and resources on this planet. It is as if mother earth, karma, god or whatever is getting back at humanity because of its sins and selfishness. And as far as the so-called "Christian" right is concerned they really created and supported a real “anti-christ” with this US president, a disgusting man that even disagreed with the words of Christ during their so called prayer breakfast (which I found dystopian-hilarious). It is also weird to see things I have said as a teenager in the 1990’s being realized by most of the mainstream, things about the fall short of Democracy in America and it’s numbers of atrocities it has done to this planet, humanity, life itself in the name of the American people and the religion of capitalisms narcissistic, sociopathic nature.

Well tomorrow we might be dead or looking down a barrel of a gun at this rate. As the world we once knew falls apart and the veils that cover the lies burn to the ground exposing the cold skeletal truths of what humanity created.

I try to not feel so helpless, take a breath of air, let the sun shine on my face. Perhaps make just one more poem, painting or song as in this life it may be your last chance to do so but if not we make the best of whatever future comes.